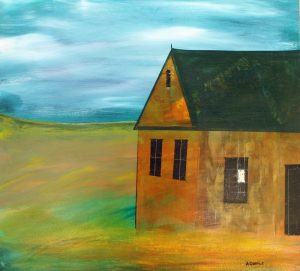 At the end of instruction, some of our elementary school teachers used to read from classic books and stories, perhaps to decompress us after the hectic day, maybe even sedate us for the school bus driver. The effect on many, though, was not only to soothe but to open the imaginary door to imaginary travel, places, people.

We all like to be read to, and that starts with mom or dad and then the teacher. It is like the purring cat on your lap, your feet in slippers, the warm fire nearby. Tucked in, you close your eyes or stare out the window or at the fire and hold on as you go wherever the story goes, wherever the characters go.

I remember “The Wonderful Wizard of Oz” that way, even recalling that I inhaled L. Frank Baum’s words while seating at the sixth desk back, left side of classroom, first floor, southeast side of the South Main Street Elementary School, Miss Helen Rouy, teacher and reader.

Each day until the book was finished, she would read us a chapter or two, and there wasn’t a noise in the classroom, not even the antsy shuffling you would expect from young people toward the end of a school day.

Now, when the movie is played on TV, and we see Judy Garland and others in this classic, it is Miss Rouy’s words that I hear. Warm memory that, and thank you, teach.

There were other books and stories that hit the mark in their own way, some not so specific as the plot line in “The Wonderful Wizard of Oz.” There you would really let the mind wander, using your own frame of reference. For example, take a story about children playing in a field, maybe near an empty cottage. When the teacher read such  a piece, I — any of us — could imagine the fields we played in after school, the old homes no longer lived in. There were many of those in my countrified youth. For others, street scenes and city sights might be the reference.

The important thing was the connection, and the words read to you so well that they had you draw colors, things, people, emotion, places, conversation in your mind.

It was a veritable daydream factory, there to be recalled even decades later.

“All the News That’s Fit to Print” has long been the masthead motto of the New York Times. The intention and obligation of that phrase to help keep a society free cannot be underestimated. It also is in sharp contrast to today’s social media postings that are half-baked or even deliberately false. Now, misinformation lay as nails ready to halt a progressive journey in humanity. Disinformation surely influenced the presidential election.
I worked 42 years as a newspaperman for a hometown-based sheet that while it did not always have the trained talent or born-with-talent and the financial resources to cover all the news in full balance with the “who, what, why, where, when, how” given, it did a mighty decent job of giving birth daily to a full news report, including stories that uncovered political wrongdoing as well as details of PTA events and local sports. While we were occasionally blessed with brilliant writers, editors, photographers and other staff worthy of Pulitzer papers, the regular home team did a more than credible job of presenting news despite our humble roots.
That has been the story across America fir centuries. Until now. Today print journalism has lost most of its circulation and so its advertising revenue. Bean counters looking for maximum profit have severely cut jobs. The daily report is difficult to present, and that means government local and above can more easily act in secret.
Into the vacuum has come word bites through Twitter, Facebook and other social media that is usually not fact-checked nor researched, that is often written from prejudice by people with an ax to grind. Even more seriously, some of the information is deliberately false, planted to sway people. Propaganda.
It has always been buyer beware when reading any news story or report, to take things with a grain of salt, especially with some city tabloids, but by and large, you could depend on the news being accurate.
We will all have to be vigilant in the years ahead as more newspapers fold, doing our own research and questioning everything.
The hope is that enough papers will remain and be willing and able to report “All the News That’s Fit to Print.”
Perhaps it is time for a national newspaper entirely well-funded by public donation, just in case.

The most important thing about trying to do good is that you have to do it in silence, which means no horn tooting, certainly, but also no emotional self-rejection if, occasionally, the person you help could care less. It happens — people in need, just like the volunteer, come with baggage.
Most who take a helping hand are grateful beyond necessity. Most are there when it could be you in their place. There are many storylines on the waiting line — it isn’t just the irresponsibility thing, sometimes not even close.
So, you just have to put the hand out, perhaps not because you know God wants it but because even if there is no higher being, assisting someone is the right thing to do. It is civilized.
If the experience goes as expected, someone’s stomach gets food, the body has donated clothes, soap, etc., and a listening ear plugs one soul into another and shows caring, the strongest nutrient. The volunteer is rewarded by the nature of the act, though maybe the client or guest should be paid because there isn’t one volunteer who hasn’t stumbled somewhere in life. So service is a gift, a re-balancing.
Volunteerism creates family, and though you and those served must avoid the emotional depths of such relationship, simply because the giving and receiving would not work out as well, you cannot fail to shed a tear and have your heart sink when a school-aged child shows up for breakfast with a homeless parent or one out of work. And you cannot quickly lift the heavy weight of your heart when you learn a 40-year-old troubled soul is found dead on village railroad tracks, as happened last week in my food program.
Many of us did not know his name until we read the story. I recall Silvano Vasquez-Martinez by the scar on his face, his frequent smile, his chatter with those program ladies who knew his name.
Silvano, who had no known address, was pronounced dead at the scene on the commuter train tracks not far from Dutch Lane in the Village of Spring Valley, N.Y. Many others have died at this spot or nearby, some drunk, some possibly suicidal, most taking a fatal shortcut to a work shape-up area because the road leading there is too long and dangerous itself. In a ritzier section of Rockland County, sidewalks might be built.
Each time there is one of these deaths, volunteers pray for the departed and hope help is found for the addicted, the mentally ill, the depressed, the homeless, the forgotten or, as most we serve, those who are simply down on their luck.
All of that is a challenge for the new and as yet unknown government now forming in Washington, as it has been since the hopeful republic was born. Those on the local scene can only try their best on a given day, doing some good because it is right to do so. Collectively, throughout the nation, volunteers can barely touch the tiniest corner of the bigger picture. If social responsibility is to be met as humanity matures, and maturing was the Founders’ wish, too, others must assist.
It is, once again, a time to be civilized.

For a third grader on Nov. 5, 1952, the day after President Dwight D. Eisenhower was elected, the ordinary was still in place, in my neck of the woods anyway. We boys were wearing winter corduroys, and the girls still had to freeze in their skirts. We were learning cursive writing, and some of us day-dreamed, looking out the same South Main Street School windows our parents had. At 7:15, waiting in the hallway before class, lunch was hours off, but the thought of hot soup, school spaghetti and the great desserts made by the grandmother-like cafeteria ladies had our stomachs growling.

The day before we were off so the school could be used for voting, and Monday had been spent in the usual fashion: studying American colonial history and reading in the morning, arithmetic in the afternoon. Our teachers that day, as was the case since September, even in the third grade, had told us about the election, and how a famous military figure of humble origin and ways might become a peacetime president, or the job might go to a distinguished statesman, Adlai Stevenson. Either way, the idea was that the seat in the White House Oval Office was very special, and it ought to be filled by someone with character. America was a leader of the free world, and this was the dangerous moment of the Cold War and the Atomic Age, and we kids knew all about that, having practiced our air raid drills monthly.

I cannot say that most students thought much about the presidential election of 1952, however historic it would become, helping usher in the growth of a solid middle class and no war for the United States during the two terms of the Ike administration. Like I said, it was the time of the ordinary for us, and that meant playing in the woods in our huts, or the girls doing whatever they did together, walking to school in the rain and sitting next to the hot radiators to dry off, catching “Captain Video and His Video Rangers” on the new 13-inch RCA TV before supper and then sitting with parents as they watched John Cameron Swaze tell us all about Eisenhower, at least what he could mention in the short 15-minute broadcast.

Life seemed good, for us anyway. We were lucky. And we also held hope for our future. Our parents had jobs, they were beginning to buy homes in the emerging economy, and for many families, the thought of college-bound children was a growing possibility. We were removed from the Great Depression, from war.

Great expectation was evident, what we were taught should be rising enthusiasm. And, somehow, our teachers were relating that  to the presidency, the person at the top. We had strong respect for that individual, for the office.

That was the gist of politics and the nation and the future for third graders in Spring Valley, N.Y., on the early fall morning of Nov. 5, 1952. Now we have the new dawn of Nov. 9, 2016. What will today’s young — the nation’s future — come to see?