‘ABSTRACT AT THE OLD ASTOR’/acrylic-canvas/gunther

In the ’50s, a struggling artist stayed a night at the old Astor and left behind an abstract painting to show times were a-changin’ (just a tale, but …). 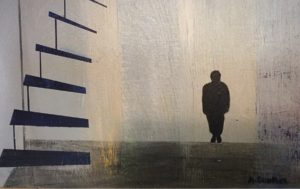 Does the nation, its folk working or not, in health or not, in hope or despair, of diverse belief surely go forth from the aspirations of Roosevelt, Kennedy and King or retreat to lynchings real or implied, prejudice, inequality, intolerance and no compromise?

That may be the real trial decision in the Senate. 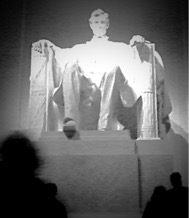 Whenever there is war, and Washington adds horsepower to its response and a four-cylinder becomes a forever V-8; whenever there is peace yet troubles in the land are on the boil, the stove unwatched; whenever the elected and appointed think posturing and pensions and not of iJoe and Jane back home, a marble likeness, through it all, faces the Arlington Bridge and the dead who have been the currency of a nation “conceived in liberty” and offers a reminder of  “the great task remaining before us.” 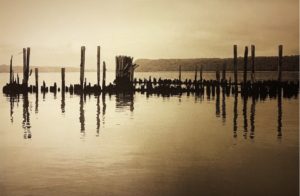 By Arthur H. Gunther I I I

If Rockland County, N.Y.,  were to take its own Rorschach Test, it might look at the Hudson River pilings at Piermont that once supported a wooden pier from which more than a million men and some women left to confront Hitler in the European Theatre, World War II.

The horrors of that time, including the Holocaust, were born and fanned by manipulated hatred derived from prejudice, itself a product of inequality. That a madmen could freely steer the ship of state with so many willing countrymen at the oars is a reminder that the inclinations of history can repeat themselves.

For thousands, the Piermont pilings were among the last sights of the USA, never to be seen again. Whatever was in the hearts and minds of those civilian soldiers off to lose life and limb and to suffer bruised emotion forever, this truth was certain: By and large these people were good and decent, from communities across the nation, from Rockland, too.

Hatred again fanned by self-interest. Yet, as in 1945, the victory will go to those who stand up and do battle.

The pilings will endure, as will the ultimate goodness of humanity. 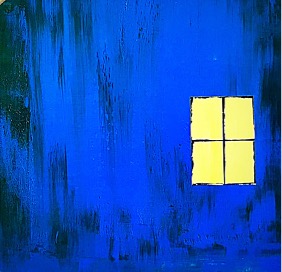 When a color is the deepest it can be,  and when there is in view color that contrasts, then you have a metaphor for  the promise of human emotion.