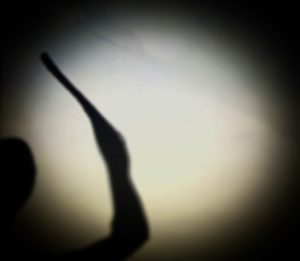 I have now over-saturated my ears in tribute to Charlie Watts, last week late of the Rolling Stones, who must be rockin’ Heaven. Don’t care for Mick Jagger’s on-stage theater but Charlie, the classy, low-keyed drummer, was the yang to that yin, and his steady beat with so many detours down alleys of improvisation constantly fertilized the great lyrics and the Stones’ group performance. Charlie is owed by Mick, Keith Richards and Ronnie Wood. Also past members Ian Richards, Bill Wyman and Mick Taylor.

There have been many great drummers over the decades in this century and before, all with the key backbeat job so the performers out front could strut and shine. Just as drums mark cadence in the military, the band drummer’s beat is the metronome for the rest of the crew.

Hail Charlie, Ringo, Baby Dodds of the Jazz Age, Buddy Rich of the Big Band era, Cindy Blackman of jazz and so many others who have and do keep the steady while the house rocks.

One of the qualifications of “progress” is that as new technology replaces the old, or brings it on in the first place, tried and true habits honed by trial, error, ingenuity, make-do and survival are lost.

For example, in this age of air conditioning, a simple concept like hot air circulation is forgotten. Recently, I was in an old New York village on a very warm day attending a gathering in a late-1800s building, three stories high. No AC, and it was stifling with perhaps 100 people there. The windows were open, but they were awning types, so there was no circulation like you get with double-hung windows. Wiping away the sweat, I looked up, and at about three stories there were other windows, all shut but with long chains dangling. It was soon obvious that the chains were meant to open the upper windows so that the heat could escape, replaced by cooler ground-level air.

Once upon a time this building would have had a sexton whose job it was to open those upper windows, or there would have been a fellow who understood the common sense of air circulation and who would have pulled on those chains. An art lost, it seems, in the modern AC age.

You can extend this thinking to other things: When I was younger, there was a neighborhood carpenter who would fix furniture so that you didn’t have to throw it out. Someone brought him a large table, probably 100 years old, most likely made from wood that was 200 years in the growing. The table had split after decades of drying, and it looked lost by today’s standards. But this crafty fellow, after scratching his head a bit, reached into his coveralls’ upper pocket, took out his folding rule, measured in three places along the table’s 8-foot length, went over to an old woodpile, pulled out some oak scraps similar to the table’s stock, hand-cut these pieces into wedge shapes, traced them on the table, cut holes and then glued everything together with huge pipe clamps. He saved the day, and to boot, the clamps were also made from scrap – old plumbing.

That table is still in my friend’s house. Today it would be on the junk pile, replaced by a new one much younger and perhaps less beautiful.

The point of the story is that in a faster-paced world, on the quicker journey, we have forgotten to bring along some of the skills that once allowed us to survive, those efforts that also instilled pride in what we could accomplish.

The writer is a retired newspaperman. This essay is adapted from an earlier version.

It may seem hilarious and even back-woodsy, but there was a moment, a long one, when at 2 a.m. in a diner, say Hogan’s in West Nyack, N.Y., when you instinctively pulled up your feet as the floor guy came by, splashing Clorox and water at the terrazzo floor. Hey, if he hit your shoes, they were washed too — for free.

Hogan’s, the old one, the place that looked like Edward Hopper’s image of a diner, was not fancy, although the food, short order mostly, was so well practiced a craft there that it could have been cordon bleu. Hogan’s would not be fancy — it’s clientele would not have that. It was just a down-to-earth comfortable joint, and joint was OK. It connected the dots in your life.

I’d hit the place, sometimes, after my photographer shift at the also old Rockland Journal-News in nearby Nyack. I might sit at the counter, where stools were placed on a bulkhead, so you didn’t worry about the floor guy. Other times I was too tired for that and needed a rest at my back, so I took to one of the 8 or 10 booths along the defining front windows of the railway car-like diner.

Also at about 2 a.m., the waitress would come by and toss a fresh bottle of ketchup across the table, and you hardly noticed that either, reflexively reaching for it with left hand while grabbing the near-empty with the right and then swinging that back to her in a return shot. You did this with the sugar, too.

It was life in an old diner, and if you were a regular like me, you were family, so you helped out. You may not have known the cook, the waitress, the floor guy by name, but a wink or nod was all you needed to keep in touch anyway. Diners weren’t much about talking.

Ketchup was a quality marker in the old diners. Hogan’s used fresh stock to refill, but some others watered the mix. Aficionados, and they went to old diners, too, understood that ketchup, a freshly filled bottle, had to be slapped at the bottom to get the flow going. Or you could use the old slide-in-the-table-knife trick. If a full bottle poured easily, it wasn’t choice.

Like everything else at Hogan’s, the ketchup passed mustard. In that, and in the place itself, the new day’s anchor was set at its mooring for night newspaper stiffs like me.

The writer is a retired newspaperman. This piece is adapted from an earlier column.

If you could capture images of the past and store them as memory files that could be flashed on a computer screen, then I would show you what my bedroom in Hillcrest, N.Y., looked like at age 19, in another century literally.

My room – almost 60 percent of the Cape Cod-style attic – was cavernous enough so that the Armstrong cork tile floor, in shades of dark, medium and light brown, could accommodate layers of newspapers, simply dropped there by a teen who thirsted after the ink sheets and who did not have to pay for them since the daily rags were bought by my father.

There was the morning Daily News and Mirror, the afternoon New York Journal-American and the New York World Telegram & Sun, all out of New York City, and the local Rockland Journal-News, the original 1889 daily that was absorbed into a three-county paper in 1998. I liked features in every edition: the gritty tabloid reports in the Mirror and Daily News; the “double-truck” (two pages, facing) photo spread in the News; the numerous columnists in the Journal-American and the World-Telegram; the financials and society news of the Telegram; and the local reports of my growing suburbs.

I would look over these papers in favorite position – reclining on a “Hollywood-style” single bed – on and off through the day and into the evening. I should have been at my studies, but I was not. I also should have been keeping the room, really a luxury for a young fellow because of its size and privacy, neat, but I did not. A few years back, my mother had refused to clean it anymore or to straighten up, since I was supposedly a big boy and could do that on my own. Well, I didn’t.

Not that there was food about or other unsightly stuff that might bring bugs or the Health Department. I was simply lazy, didn’t get checked on it, didn’t have the right conscience about it and utterly enjoyed my sanctuary. The sight of those papers lying there was like walking into a private library.

And I loved libraries – formal places such as the Finkelstein in Spring Valley, near Hillcrest. But often the books were “untouchable.” I had difficulty reading at length, actually concentrating, which was discovered some years later and which I learned to compensate for based on a speed-reading technique.

Yet I had no trouble scanning newspapers. The photos were interesting, and I greatly enjoyed the forceful speech in the News editorials. The opinion cartoons there, especially C.D. Batchelor’s on the dangers of drunken driving (wow, in 1961?) were great. The columnists in these papers were at times poetic, strong, emotional, charmingly aloof, and all-in-all interesting. They were my kind of reading.

I did not know it, but poring over the papers every day, even in the “mess” I created, was my first post-high school education. In a few years, without deliberate intent, I actually found myself working for a newspaper, The Rockland Journal-News, and in my 42 years there would photograph, report, edit and write what I think were forceful editorials as well as pen a weekly column much like this one.

So, Mom, I did make a mess, but it turned out to be for a reason, praise be.

The writer is a retired newspaperman. This essay is adapted from an earlier one. 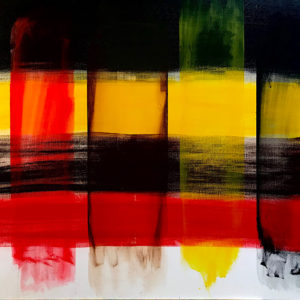 In these colors – black, white, brown, red, yellow – there is humanity and inhumanity. We do not see clear colors, untouched by others – that is impossible no matter the prejudice. You can live and die in one color, but your eternity is in the mix.

The painting might just as well be fully black for that is the root of all human pigment. It is not because as in a brown planting field in season, the colors of the rainbow abound, giving beauty but then sustenance.

And variety. There are different tastes in the various hues of vegetables and fruits, preferable to individuals. In the finish, the compost pile has them all, mingled into stimulant for the next crop.

In the end, no color stands alone forever, no gender is paramount, no political philosophy survives but in the mix. As the dying Indian says in “High Tor,” the 1936 Maxwell Anderson play, “Nothing is made by men but makes, in the end, good ruins.”